Management Lite & Ezy 20 – The Dark Side of Entrepreneurship

You have heard of the success story of Bill Gates, Sir Richard Branson, Steve Jobs and Google's co-founders. You admire them. You want to be an entrepreneur, too.

Remember Milton Friedman’s words? There is no such thing as a free lunch. Entrepreneurs pay a high price for their ventures. Here we will examine the dark side of entrepreneurship.

They are a numbers of risks entrepreneurs must confront, such as:

When entrepreneurs’ work demands and expectations exceed their ability to perform as venture initiators, they are likely to experience stress. Stress can also result from a basic personality known as “type A” behavior. People with “type A” personality exhibit following characteristics:

Entrepreneurs may have inflated ego. Here are four characteristics that may hold destructive implications:

For those who are ambitious to become entrepreneurs, make sure you don’t become the Darth Vader of entrepreneur world.

Posted by khengsiong at 8:24 AM No comments: Posted by khengsiong at 3:14 PM No comments:

Do you have what it takes to be an entrepreneur?

A Muslim clergy in Australia, Sheik Taj Din al-Hilali, caused outrage recently when he compared female rape victims who did not wear Islamic clothing to uncovered meat: “If you take uncovered meat and place it outside on the street… and the cats come and eat it… whose fault is it – the cat or the uncovered meat? The uncovered meat is the problem.”

As a person living in an Islamic state, I was not a little bit shocked when I learned of this story. After all, clergies and politicians in my own country often make sexist remarks. Just recently, a city council in Malaysia imposed a dress code ruling which it claimed would protect the women. Are women to be blamed for sexual misconduct of men? I have done a simple analysis to find out.

Before I proceed, it is good to explain the ethnic composition of Malaysians, just in case some readers are not clear. The majority ethnic of are the Malays, who make up nearly 60% of the population. Chinese and Indians are the second and third largest ethnic groups. The rest include non-Malay natives and some European descendents. The ethnic groups and their religions are given below:

· Malays – 100% Muslims as dictated in the constitution.

· Indians – Mostly Hindus. Some are Muslims, Sikhs and Christians.

· Others – Mostly Muslims and Christians.

My analysis is based on a report from World Health Organization (WHO). WHO got its data from the Royal Police of Malaysia. I re-produce three figures from this report here. All Malays are Muslims. Nowadays Malay women dress very modestly. Most of them don headscarves. One would expect that they are less likely to fall prey to sex predators. WHO’s report shows the contrary. Malays made up nearly 70% of the rape victims, higher than their proportion in the population.

Next, we observe that large numbers of the rape victims were under 16 years of age, and 69% of the cases in 2004 took place at home or in a building. Some of you already can make a smart guess… Yes, incest is a serious problem in .

Sheik Taj Din al-Hilali of said, “If [the rape victim] was in her room, in her home, in her hijab, no problem would have occurred.” It turns out that, in , home is the most dangerous place!

Furthermore, rape cases are on the rise even though Malays have become more conservative.

It should be clear that holding women to be responsible for sexual violence won't solve the problem. Instead, men must learn to control their urge.

WHO Kobe Centre, National Report on Violence and Health – , 2006 Posted by khengsiong at 3:48 PM No comments:

Can't decide whether to make a purchase for your company? Not sure if introduction of a new process to the company is worth the cost and time? Application Portfolio can help you to make decision.

Proposed by John Ward and Joe Peppard, Application Portfolio was originally conceived as a planning tool for information Systems. It categorizes information systems based on their business contribution. The four categories are:

Strategic. Applications that are critical to future business success. They create or support change in how the organization conducts its business, with the aim of providing competitive advantage. Note that whether the technology used is 'leading edge' does not indicate that the application is strategic – assessment must be based on business contribution.

Key Operational. Applications that sustain the existing business operations, helping to avoid any disadvantage. It can be argued that, in many industries, substantial numbers of applications – e.g. EPOS (electronic point of sale), ATM (automated teller machines) – have become so pervasive that they have become 'mandatory' for survival.

Support. Applications which improve business efficiency and management effectiveness but, in themselves, do not sustain the business or provide any competitive advantage.

High Potential. Innovative applications which may create opportunities to gain a future advantage, but are as yet unproven.

The four quadrants below illustrate the four categories of the Application Portfolio. (For some unknown reasons, management gurus like to use 2x2 matrices to explain their points.)

Posted by khengsiong at 3:40 PM No comments:

Lee Kuan Yew, former Prime Minister of Singapore, was a proponent of Confucianism. He attributed the success of The Four Tigers – , , and – to this ancient philosophy expounded by Confucius (Kung Fuzi).

The Four Tigers, as we know, were most enviable in 1980s and early 1990s. In 1997, however, they were hit hard by Asian economic crisis. Until today, still has not fully recovered. Singaporean journalist Seah Chiang Nee summed up the problems faced by the island republic well: In the new millennium, we compete on ideas rather than on hard work. Singaporeans, brought up in a nanny state, just aren’t creative enough to produce ideas. Even if they do have ideas, they may be reluctant to speak out for fear of being ridiculed or even admonished.

Confucianism has contributed to the success of in the past, but it may become a burden in future!

For example, Confucius dismissed rule of law. Instead, he advocated ‘Rule of People’. As a result of his teaching, Chinese have misplaced their trust on a long list of tyrants, such as The Great Helmsman. Rule of People is also an obstacle to democracy since average citizens don’t question their leaders.

Another weakness of Confucius’ philosophy is the emphasis of relationship, or “connections”. In modern day, this has led to nepotism or cronyism. Anyone who has started business in would tell you that if you do not have connection, you can’t get the thing done. It is "know-who", rather than know-how, that matters.

If we look through her 5000 year-history, was probably at her peak during the Tang Dynasty (618 – 907 AD). This was a period when Confucianism, Buddhism and Taoism formed the three pillars of the Chinese society. Second emperor of Tang Dynasty sent a Buddhist monk, Xuan Zhuang, to study scriptures in . By Sung Dynasty (960 – 1279 AD) however, Confucianism became the main guiding philosophy of the court. Sung Dynasty also marked the beginning of the long decline of the Middle Kingdom, which lasted for a millennium. did experience brief revival in the early years of Yuan Dynasty and Qing Dynasty, when the country was ruled by Mongolians and Manchurians respectively. In the later part of Qing Dynasty, even the had embraced Chinese values. Enter the Brits, and the myth of as the power of the was completely shattered. Today is again reviving, but this probably is because Confucian values had been seriously eroded during the Cultural Revolution.

’s neighbor, , is another Confucian society. Thanks to the nationalism instilled by Confucianism, South Koreans are the angriest people in the world. South Koreans demonstrators have been reported to burn themselves or chop off their own fingers to protest against , the former colonizer, and the , which was “responsible” for the division of .

South Koreans are also reluctant to buy imported goods. Prior to 1997 Asian economic crisis, foreign auto makers only sold a few hundred cars each year in . GM purchased Korean car maker Daewoo when the latter was in trouble during the economic crisis in order to penetrate the market. The irony is, even Confucianism was imported.

In the past few years Korean dramas have been very popular in . Anyone who is familiar with Korean dramas will tell you that most of them are sad stories. One common theme is that a girl fell in love with a guy from rich family, but the guy’s parents wanted him to marry another woman of “equal status”. The story often ends with the girl (lead female character) died of terminal illness.

If Korean dramas reflect actual Korean society, one can immediately draw these conclusions:

(i) Korean society is hierarchical, and the wealthy people look down on their poor fellows.

(ii) Arranged marriage without the consent of the parties involved is still common.

And surely Confucianism is to be blamed.

Lee Kuan Yew has been more visible recently. Some say he is trying to assist his son, current prime minister Lee Hsien Loong. The senior Lee recently declared “the that we had – very orderly, very wholesome, very clean – is not good enough.” While he is not ready to admit it, the elderly statesmen should have realized by now that Confucian values are no panacea for the island republic’s woes.

Posted by khengsiong at 2:11 AM No comments: 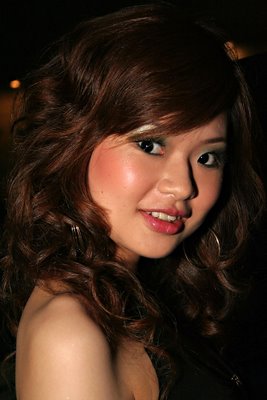 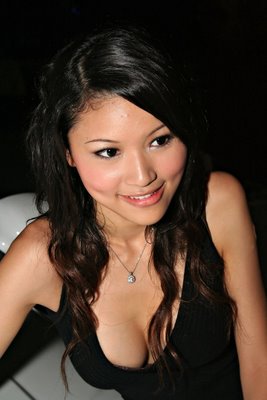 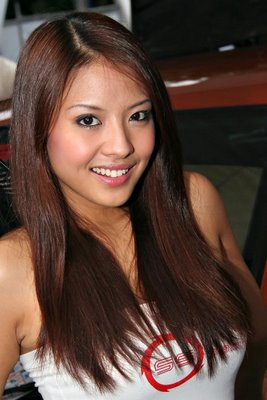 Please also check out my earlier posts - here and here.
Posted by khengsiong at 7:06 PM No comments:

The key idea to be successful in a niche market is specialization. For example, some firms sell extra large clothes or shoes to customers who are neglected by the majors.

Posted by khengsiong at 1:45 AM No comments: