Toyota Prius is coming to Malaysia 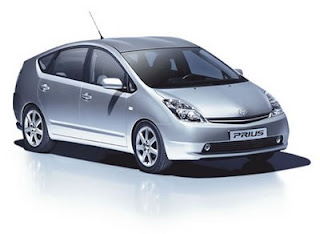 has decided to bring Prius, the world’s best selling gasoline-electric hybrid vehicle, into the market. There is, however, much confusion among Malaysians over this novelty. Prius is actually the second hybrid vehicle sold here, after the Honda Civic Hybrid. There are, unfortunately, very few Civic Hybrids on Malaysian roads at the time of this writing.

On a Malaysia-based Internet forum, one member joked about the possible blunder of owning a Prius:

Oops, I can’t come to the party. I’ve forgotten to charge my car!

It should be noted that Prius is a hybrid vehicle, not an electric car. It still has a gasoline engine. It does, however, consume much less gasoline – perhaps by a third – as compared to a conventional vehicle with similar power. Since Prius is very fuel-efficient, it also emits less carbon dioxide, a major culprit of global warming.

You don’t charge Prius at home. The battery of the car is charged during everyday driving. The car also recovers the excess energy that would otherwise be lost during braking, and converts it into electricity. For this reason, hybrid vehicles are best for city driving, where traffic is stop and go.

Hybrid vehicles may be new to Malaysians, but they have been in and the for quite a while. In fact, Prius has been the best-selling vehicle in for three months straight.

How do hybrid vehicles compare to pure electric cars? We may be tempted to think that pure electric cars are better to the environment, as they do not rely on gasoline at all. However, bear in mind that the electricity in your home comes from power plants, which may not be so green after all. is in a big push for pure electric cars, even though majority of the power plants in that country run on coal.

I can’t afford a Prius. But if you are rich, this green vehicle will give you a bragging right!

Posted by khengsiong at 2:00 AM