) All the books were bought in Kinokuniya Bookstore in KLCC. And all three were written by Taiwanese photographers – in Chinese of course.

Why Chinese books? Aren’t there plenty of books written in English?

Price is the major factor. (Now that’s the sad part.) All the three books I bought cost around RM50 each. A similar book written by a Western photographer easily doubles the price. As I strive to cut spending, my options are limited.

Anyway, all three books are well-written. And, as far as portraiture is concerned, I still prefer Asian style to Western one. Western photographers often draw their inspiration from Renaissance paintings. They may, for example, photograph a subject with half her face dark and the other half bright. Such portraiture tends to be very artistic. Another example is photographing a nude model – but only showing her backside. You can’t see her face. This is no pornography, but artistic nude! WTH, I studied science as a high school student. I haven’t learned to appreciate art.

By comparison, Asian style portraiture tends to be more casual, or pretend to be casual. (Don’t get it?) The kawaii poses, pioneered by the Japanese and copied by Taiwanese, are more pleasing than the Mona Lisa pose. 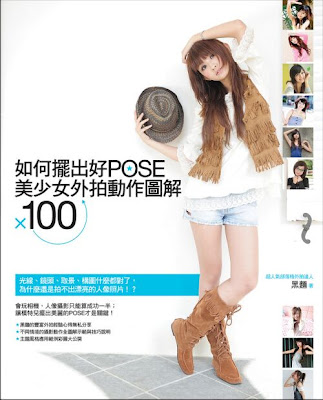 The three books I bought were:

(Exposure control & framing: Shoot with your own style)

(How to strike a nice pose: Pictorial guide to posing for pretty girls)

(Traveling with one camera and one lens)

Posted by khengsiong at 1:19 AM