I did my (relatively short) Java trip from Oct 24 to Oct 29. Now, I will publish my travelogue, part-by-part, in this blog. 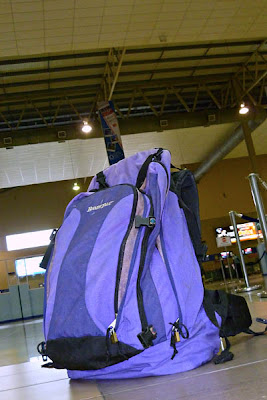 This picture, showing my backpack, was taken at Kuala Lumpur Low Cost Carrier Terminal (LCCT). This bag had accompanied me for many years. It was very old and worn out. Originally, I wanted a new bag for my Java trip. However, partly due to the fact I wanted to save money, and partly because most backpacks in the market were without zipper – therefore couldn’t be locked – I decided to hold on to the ‘old faithful’. Anyway, this was likely my last trip with this bag. Will this also mark the end of my backpacking life?

At the boarding gate, I observed that most of the passengers were Indonesians. (Indonesian passport cover was green.) Java was not yet a popular destination among Malaysian tourists.

Eventually the plane left the terminal. Many passengers continued to use their mobile phones. I thought Malaysians were bad, but Indonesians were worse!

Two-and-a-half hours later, the plane landed at Surabaya’s Juanda Airport. At the Immigration checkpoint, three counters were opened – one for Indonesian passport, one for foreign passport, and one for visa-on-arrival. Apparently I queued at the second counter, but I saw Indonesians in front and behind me… 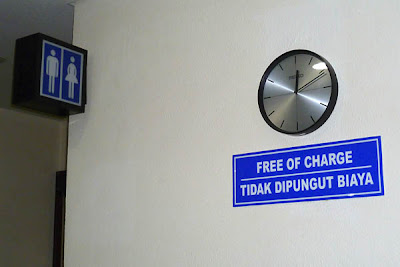 Posted by khengsiong at 9:08 PM