Festive seasons have always been the time of giving. We exchange presents on Christmas. Muslims donate to the mosque prior to the celebration of Eid (known as Aidilfitri in Malaysia).

I am a sleeping member of a Buddhist society. Each year, during Chinese New Year season, the society members pay visit to selected devotees. They would perform “chanting of blessing”, and the hosts would, in return, contribute some money to the society. I have been taking part in such activities for a number of years. Due to my busy schedule, however, I could only join on perhaps alternate days. This year, I visited a total of 17 houses

One benefactor deserves special mentioning. Her mansion was located near Thien Hou Temple. We arrived at her house at 9pm, and were greeted by the hostess. She was about 30, dressed in cheongsam (旗袍), which highlighted her curvy figure; her brown (dyed) hair was secured in bun, which gave her an elegant look. The lady lived with her mother and three maids. We saw several portraits of her mother hanging on the wall. Also present was a Chinese calligraphy which expounded filial piety. I was told that the lady invited us to her house because she wanted her mother to “benefit” from it.

We performed the routine chanting. At the end of the session the hostess made her contribution. She also gave each of the visitors – about ten of us – a red packet. How much money was inside the ang pau? For privacy reason, I am not disclosing the number. But, considering that we hardly knew each other, I must say that she was very generous.

As a poor man, I couldn’t make a big monetary donation. But at least I was giving my time. That’s another form of generosity. I look forward to next year’s program… 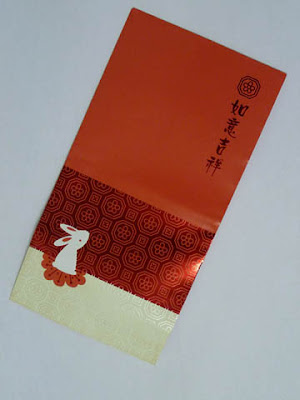 Posted by khengsiong at 9:09 PM