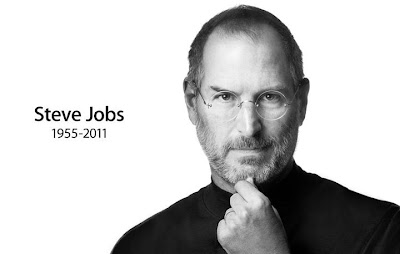 teve Jobs, the visionary founder of Apple, died on Oct 5, 2011. His death, together with the announcement of iPhone 4S, seem to signal the beginning of Apple’s decline.

No doubt, iPhone 4S is a nice phone. Nonetheless, having been delayed by a few months, people were expecting a major upgrade. It turns out that the new phone’s screen is still 3.5-inch wide; it doesn’t work on 4G LTE networks, and doesn’t support NFC (Near Field Communication).

One theory says that Apple did plan to launch iPhone 5. For some unknown reason, however, iPhone 5 could not come to market in time. Not wanting to miss holidays season, Apple was forced to launch a more modest iPhone 4S instead.

In fact, the combined market of Android phones has already eclipsed iPhone’s. Apple still leads in the tablet computer market with its iPad, but I doubt its dominance will last long. Without Steve Jobs, will Apple be the same again?

P/S Look out for Samsung’s curved Nexus Prime, scheduled to be announced on Oct 11.

Posted by khengsiong at 8:48 AM