Influenza A (H1N1) has caused havoc throughout the world. The Association of Chinese Medicine and Acupuncture claims that Chinese traditional medicine is effective in fighting this deadly disease. The reason given: has not recorded a single fatality.

A few years ago, when SARS was on the rage in Asia, was lucky to have escaped the brunt. The nationalist Koreans attributed it to their national cuisine – kimchi. This time they are not so lucky. Several Koreans have already died from H1N1 infection.

, on the other hand, was badly hit during the SARS outbreak. One wonders why Chinese traditional medicine is effective against H1N1 but not against SARS.

This same doctor also said that coconut water is an antidote to Influenza A. Well, if I sell sate (satay), I will also tell you that:

Sate will save the world from H1N1! 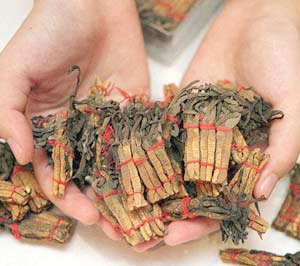 Posted by khengsiong at 2:06 AM