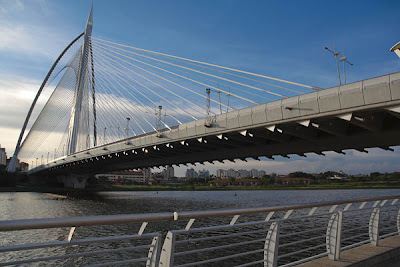 Putrajaya is the brainchild of Tun Mahathir Mohammad, former Prime Minister of Malaysia. It is a beautiful city, with magnificent government offices, mosques and bridges. Somehow, after spending a few hours there recently, I started to feel something not right.

Many people have complained that Putrajaya is very warm. The center of the city, where the supersized monuments are located, is a concrete jungle. There are few trees to provide cooling effect.

I was searching for a restaurant, but there were very few shops. In the end, I left the city with empty stomach. In fact, I had difficulty in locating a gas station.

Precinct 2, where many government departments are located, is like a ghost town on weekend. It would have been better if there were a few shops, such as restaurants. Unfortunately, there are none.


Tun Mahathir was a very ambitious person. He wanted Putrajaya to be grand. Unfortunately, the sheer scale of the city means that it is not pedestrian-friendly. The former Prime Minister was fiercely anti-America, but Putrajaya reminds me of the typical American cities, where cars are king.

Beautiful as it is, Putrajaya is a flawed city… 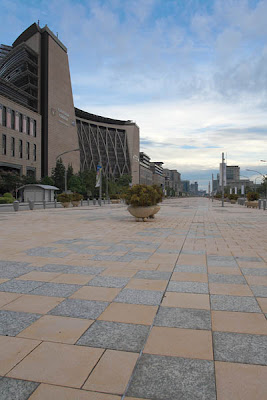 P/S Blogger and our future architect Soleilian has a post on Putrajaya too. Read his views here.
Posted by khengsiong at 3:04 AM