Just as Hong Kongers lament shrinking of their wealth due to the bear market, the year of 2009 brings another bad news – Walt Disney is going to build another theme park in .

The 3 year-old Hong Kong Disneyland is already underperforming. Its visitors largely come from mainland . Will it survive once the Shanghai Disneyland opens in 2013?

Compared to , is at disadvantage. Mainland Chinese require permits to enter the Special Administrative Region, but they can go to at any time. Furthermore, Hong Kong Disneyland is the smallest of all Disney theme parks. If Shanghai Disneyland is bigger, it certainly will have an upper hand.

As an ethnic Chinese in , I understand that Chinese like to compete among themselves. Infighting is common. The building of Shanghai Disneyland exemplifies this characteristic.

has a Disneyland located at , near . , the third largest city in the country, has a Universal Studio. The two theme parks complement each other. One wonders why does not choose to open a Universal Studio instead.

Hong Kong Disneyland - will it survive? 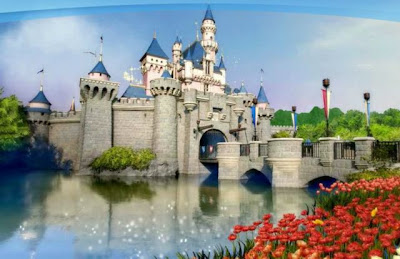 Posted by khengsiong at 3:35 AM