Loy (“to float”) Krathong (“a leaf cup”) – the most charming festival in Thailand – honors both Buddhist traditions and the ancient water spirit of Mae Kong Ka, the Mother Waters of the Ganges River. Loy Krathong perhaps dates back to Hindu India, but the present form was developed by the Thais at Sukhothai to honor the rains which had watered the earth and to wash away the sins of the previous year.


Loy Krathong begins with a full-day parade of beauty queens, floral floats, and hundreds of participants dressed in historical costumes. As the sun falls, pilgrims launch thousands of tiny banana-leaf boats, each carrying a single candle, onto the rivers and lakes throughout the kingdom – a wonderful, delicate illusion enhanced by the light of the full moon.

I didn’t go to Thailand, but a Thai temple in Malaysia, Wat Chetawan, celebrated this festival on Nov 20, 2010. Out of curiosity, I went there for a look. As I had sent my DSLR to Canon for service, all my pictures were taken with Panasonic Lumix… 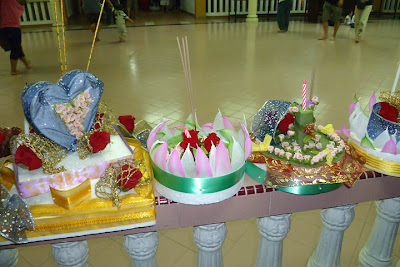 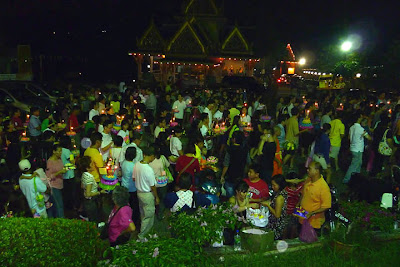 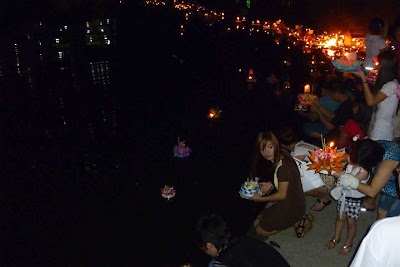 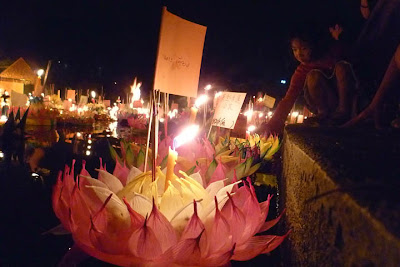 Posted by khengsiong at 9:26 PM