Japan that you never know

My company purchased a piece of equipment from . It didn’t function properly, so we made an urgent call to the vendor. The vendor sent the technical manager, Imai-san, to . To our surprise, Imai-san came without bringing a notebook computer. “How is he going to perform his duty?” we thought.

A few weeks later, the sales manager, Nakano-san, came to our office. We asked him why Imai-san didn’t have a computer with him when he was in . Nakano-san explained that they need approval before they could use a computer outside the company. They were concerned about possible leak of confidential information.

“If we lose our computers, we could be fired!” Nakano-san did a cut-throat gesture.

“No, thing has changed.”

Security was top concern in this Japanese kaisya. Its employees were not allowed to use instant messaging or even thumb drive! They were also forbidden from downloading files from third party servers such as those provided by Rapidshare.

I am not sure if such rules are common among Japanese corporate. While these rules ensure that security is not compromised, the downside is that they present obstacles to day-to-day operation. was an economic powerhouse back in 1980s, but started to decline since 1990s. Today, over-regulated Japanese companies may find it difficult to adapt to fast changing world.

No all are bad news though. Lifetime employment is a history now. Employers can lower cost by reducing the number of staff; Employees who are unhappy in one company can look for greener pastures elsewhere. Those who are entrepreneurial may even start their own businesses. Furthermore, a few Japanese companies already have foreigners in top management positions. Carlos Ghosn is doing well with Nissan. Sony has also hired Howard Stringer as CEO (though the electronic giant is still struggling.) These foreign talents should help to revamp the corporate culture.

The Land of the Rising Sun has seen its sun setting for too long. Can it bounce back? 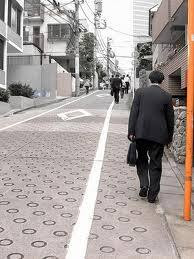 source
Posted by khengsiong at 9:48 AM