Kota Kinabalu, and my Return Flight 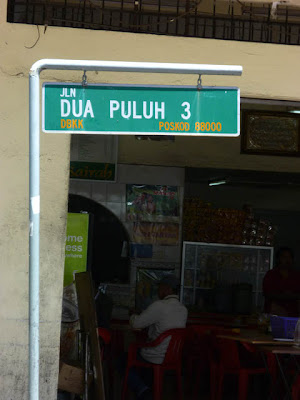 This is a road in Kota Kinabalu. It’s called Jalan Dua Puluh 3. 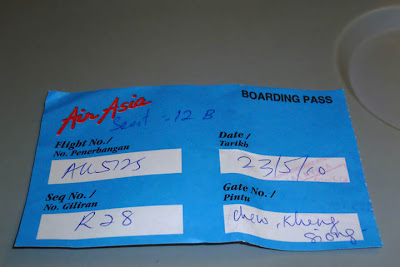 When I flew back from Kota Kinabalu to on May 23, 2010, AirAsia’s computer system was down for several hours. Check-in process was done manually, and I waited one hour before I was served. The counter could not issue computer-generated boarding pass. Instead, I was given a hand-written boarding pass, as shown in the picture.

As you might expect, the flight was delayed. The plane left the terminal at 7.20pm, being 50 minutes late.

The plane finally took off. I was hungry, and wanted to have my dinner. Since AirAsia was a budget airline, meal was not complimentary, but had to be bought separately. Disappointingly, the cabin crew announced that the plane was running out of food. All they had were cup noodle and chocolate bars, and drinks. Not interested in the ‘snacks’, I decided to starve until I reach destination. But the stewardess was still trying to persuade me to spend my hard-earn money. “Aren’t you hungry?” she asked. WTF.

The flight was definitely not a pleasant one, but I had no complaint. At least I reached home safely…

Posted by khengsiong at 8:18 PM