Chinese Indonesians have been systematically discriminated since the eras of Sukarno and Suharto. During the 1998 riots, many Chinese Indonesians were killed, and women raped. Situation may have slightly improved in the last few years: learning of Chinese language is now allowed; Chinese New Year has been made a public holiday; former President Abdurrahman Wahid even publicly admitted his Chinese root.

The desire to know more about Chinese Indonesians was what prompted me to visit the ‘Chinatown’ of Surabaya. To my disappointment, few of them still lived there…

A few days later, when I was in Malang, I learned from my Lonely Planet that there was a Chinese temple. I made the effort to visit it.

In Eng An Kiong Temple (永安宮), I finally came face-to-face with Chinese Indonesians. Unfortunately, I was too shy to communicate with them. (They probably thought I was one of them.) The temple was more than just a place of worship – I saw teenagers practicing table tennis in the compound.

Actually, majority of Chinese Indonesians were Christians, but I didn’t know which churches they go to. (In any case, churchgoers were more likely to tell me the story of Yesus rather than their own stories.)

So, my objective of learning more about Chinese Indonesians was not met. Anyway, I wish them a better future. I pray for them… 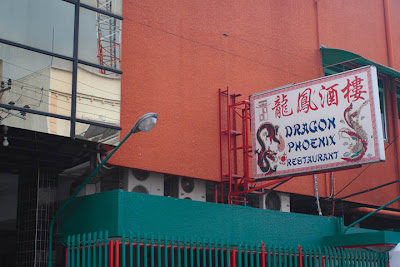 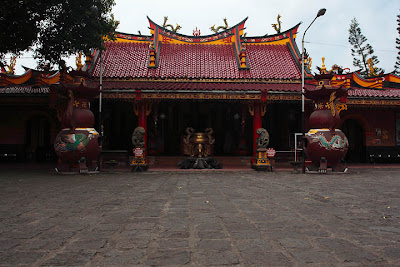 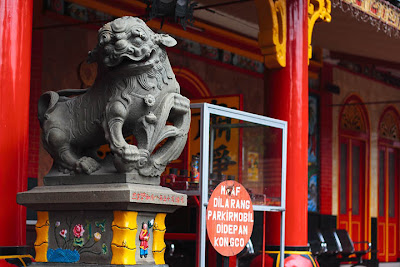 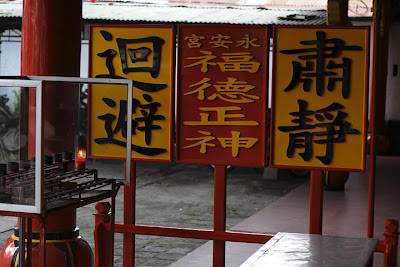 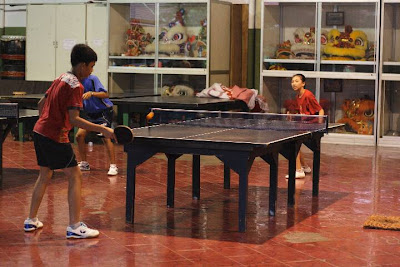 Posted by khengsiong at 8:39 PM