In the era of iPhone and iPad, writing about PC seems to be anti-climax. PCs are not sexy; they are commodities; they don’t capture our imagination… Nonetheless, most of us still need a PC. So, bear with me…

I bought a new Dell laptop recently. This is my third laptop. My first one set me back some RM7,000; the second one cost about RM3,700. The new Dell notebook costs slightly less than RM2,200, inclusive of genuine Microsoft Office.

As you are probably aware, PCs have become cheaper over the years. At the same time, we also have more ‘objects of desire’. We want iPhone, iPad, digital camera, 42” 3D LED TV, hi-fi set… I see people – the same groups of people – discussing these gadgets all the time, and can’t help but wonder, “Are Malaysians so rich!??”

Back to my new Dell… I initially set aside RM3,000 for a new PC. I could have bought a better laptop, but ultimately decided against it. The reason: our world will come to an end in 2012!

Just kidding lah… The reason is that USB 3.0 will become main stream in 2012. I didn’t want to buy a more expensive PC, which would become obsolete in 18 months anyway. I can now spend the money saved on other gadgets. 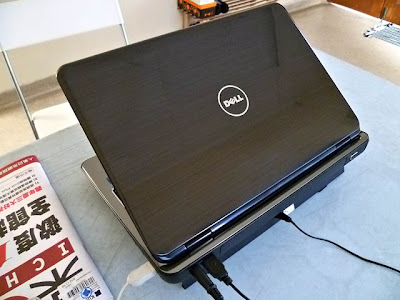 The new Dell has a chrome back cover, which looks great. Unfortunately, any stains are easily discernable. This computer even has a multi-touch touchpad. My main gripe is Windows 7, which isn’t as easy to use as XP.

Posted by khengsiong at 9:31 PM