Many years ago, when I was working in the US, I had a co-worker who came from China. One day, when we were having a chat, the Chinese guy said, “The US is different from the rest of the world.”

To some degree, he was right. Take, for example, measurement units: the world has adopted meter, kg and Celsius for a long time; Americans stubbornly cling to foot, pound and Fahrenheit. (I must admit that properties in Malaysia are still measured in square feet. The developers are probably concerned that switching to metric system would affect their sales.)

Back then, mobile phones in the world mostly ran on GSM networks. American carriers used a mix of GSM and homegrown technologies such as D-AMPS. It is worth noting that SIM card was essentially a European invention which is absent in American-developed D-AMPS, CDMA2000 and WiMax. The Americans never quite understand why we need it. Some think that we could simply store our PIN online rather than on the SIM card. But beware: if someone steals your PIN, he/she could make free calls while you bear the cost. Hardware authentication should be more secure.

Apple has just launched iPhone 5. The general consensus among the techies is that the iPhone 5 is a worthy upgrade of its predecessor, but lacks ‘wow’ factors. Yet it sells like hot cake – at least in the US. Take a look at the pie charts below… 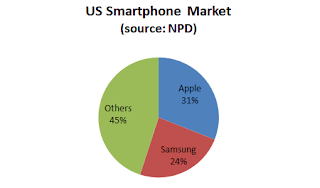 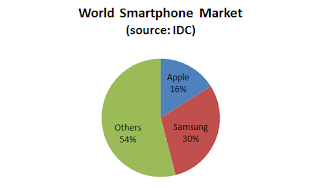 P/S: In case you are unaware, the tagline for Singapore tourism is Uniquely Singapore.