You Serve What You Eat

We often hear people say, “You are what you eat.” Now, William Parker of decides to serve what he eats.

From 1991 to 2005, Parker’s restaurant sold fried and fat-laden specialties. His health went downhill nearly the entire time he ran his restaurant. Since 2005, after being discharged from hospital, Parker started to learn nutrition and health, and transform his diet. He decided to reopen his restaurant in July, but this time he would serve the same kind of healthy food he was consuming.

“I couldn’t in good conscience serve something to people that I know is no good for them,” Parker says.

Read more about his story here…

From Fried Chicken to Veggie Burgers

The World of Butterflies 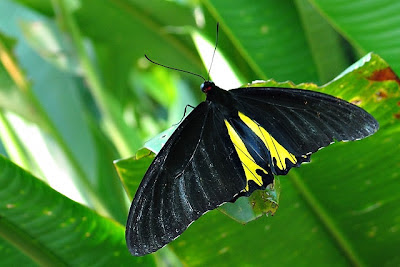 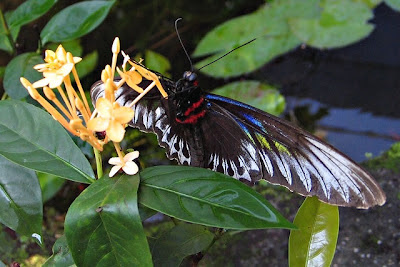 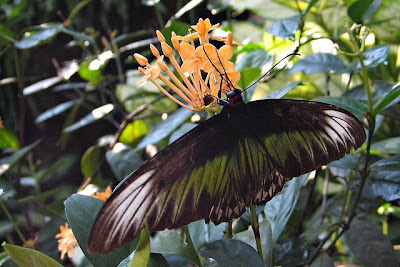 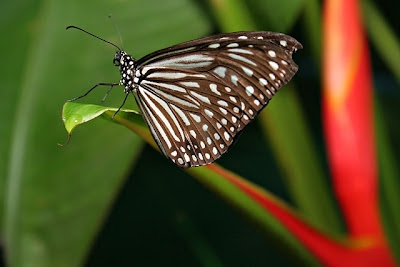 In Management Lite & Ezy 34, we learned that firms which adopt low-cost or differentiation strategy minimize inventory in order to hold down cost or to avoid obsolescence.

Inventory incurs a number of costs to a firm, for example:

According to Jay Heizer and Barry Render, authors of the book listed below, annual inventory holding costs vary depending on the nature of business, location and current interest rates, but often approach 40% of the value of inventory! This is why minimizing inventory is so important.

To reduce inventory level of raw materials or components, one would expect that a firm should order in smaller quantity, and do so more often. However, there is a catch here. Every order incurs overhead – the ordering cost. The more frequent a firm places order, the higher the annual ordering cost.

How could we find a balance between inventory holding cost and ordering cost? We will examine this in the next post.

Posted by khengsiong at 3:40 PM No comments:

Localization in the Globalized World

Each of these new sites is fully translated and localized for each country including content, interface, search, user report as well as such community features as video ratings, sharing, and content flagging. More importantly, the new sites will have localized advertisements.

According to Google CEO Eric Schmidt, the company is finding the right business model to make YouTube profitable, and the localized ads are one of their strategies. Google acquired YouTube in 2006.

This makes sense. If you are a resident of , you are likely to be more interested in services of DoCoMo rather than those of AT&T and Verizon.

HSBC bills itself The world's local bank. McDonald's offers Veg Menu in India. These are just a few examples of localization. 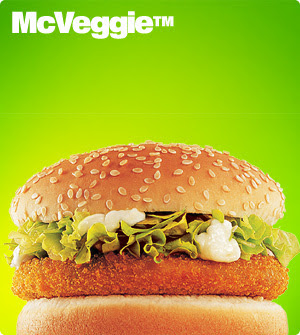 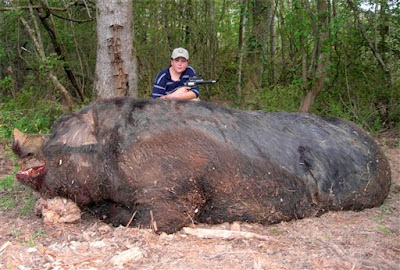 While Americans may hail the boy as a hero, I see it as the dark side of American gun culture. In America, the legal drinking age is 21. Why is a boy as young as 11 allowed to use firearm!??

In 1998, Andrew Golden, 11, and a friend killed five at their school. In the same year, Kip Kinkel, 15, killed his parents and then shot two dozen fellow students.

Such is the American gun culture.

Toyota and the Dollar-Yen Exchange Rates

I am reading Managerial Economics – Applications, Strategy, and Tactics written by McGuigan etc.. The 9th edition of this book was written in year 2002, and the case study is somewhat outdated. One of the cases examines how handled exchange rates in mid-1990s:

On January 5, 1994, the U.S. dollar exchanged for 113 yen. A Coupe made in and shipped to dealers sold for $16,968. Just 16 months later on April 19, 1995, the dollar was worth only 80 Yen. This 34 percent decline in the value of the dollar and corresponding 34 percent appreciation of the yen made Japanese exports to the potentially much more expensive. To recover costs and maintain their 1994 profit margin, was presented with the prospect of pricing that same Toyota Celica ST Coupe at $23,967. Since domestic producers of comparable small sporty cars had raised prices only 5-10 percent over the intervening period, faced a tough decision…

In the end, chose to raise the Coupe price by only 2 percent to $17,285. At the same time, strong yen allowed the car maker to acquire fixed assets at very favorable home currency cost. Between 1994 and 1997, ’s share of the passenger car market jumped from 8.5 percent to 10.5 percent.

Fast forward to 2007. On May 11, the dollar exchanged for 121 yen. In the first quarter of the year, overtook GM to become – unofficially – largest car maker of the world. Supporters of ’s Three often cite a weak yen as the reason for ’s upswing. Toyota makes cars at lower cost. (Never mind the Japanese auto-maker has manufacturing plants in the U.S.) “This is not a level playing field.” They claimed.

However, we have seen that thrived in mid-90s even when yen was strong. The reality is: mismanagement is behind the woes of GM, Ford and Chrysler. ’s Three were after short-term gain. and other Japanese car-makers were more concerned with long-term profit. Period.

Posted by khengsiong at 7:42 PM No comments: 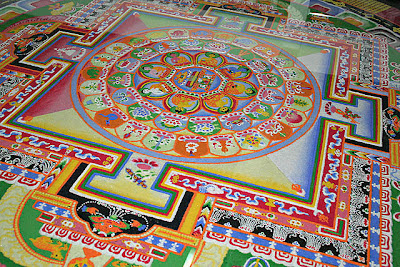 (Reflection off the glass is pretty bad. Sigh...) 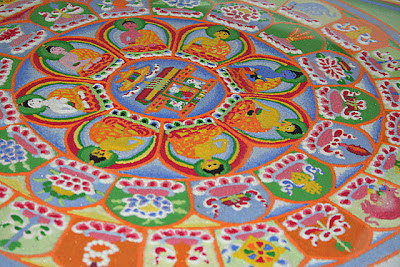 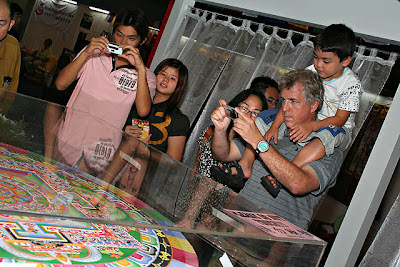 Thangka and the portrait of the Dalai Lama... 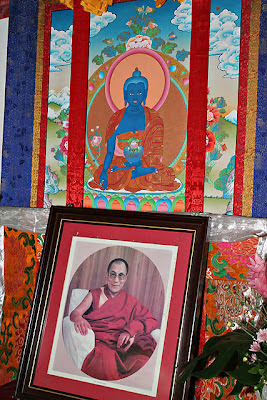 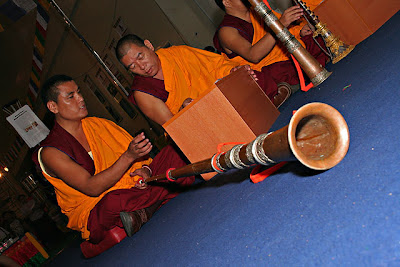 In my earlier post, I asked whether efficiency and creativity can co-exist. Now, I would like to give my opinions. I am no guru, though. I may be wrong.

In production line, precision, consistency and repetition of performance are all important. But variation and serendipity are essential in idea generation, and failure is unavoidable in R&D and new product marketing.

Customers demand that the products they purchase and the services they pay for to be reliable and consistent. Variation, however, may be acceptable to processes internal to a firm.

Dell is an efficient company. It sold PC directly to customers via the telephone and later the Internet instead of going through retail stores or resellers. In its factory in , a PC can be built, software installed, tested and packed in 8 hours! Its direct selling model and efficient assembly line allows Dell to mass-customize its products as well as cut cost in distribution.

Dell had been the number 1 PC maker for many years, but recently lost the top spot to HP. Some analysts attribute loss of Dell to changing market. According to NPD Group Inc., for example, the percentage of PC sales done via the phone and Internet fell and the shares of sales through retail stores rose, as people flocked to shops to fiddle with new gears such as digital music players, digital cameras, and slick laptops.

Dell may be efficient, but it lacks the innovativeness to adapt well to changing environment. In 2006, it spent less on R&D than Apple, despite being four times Apple’s size.

On the other hand, an innovative company needs efficiency to turn ideas into reality. Brown and Duguid, for example, noted that "great new ideas help only those organizations with the discipline and infrastructure needed to implement them."

Conclusion: I do believe that efficiency and creativity can co-exist. It fact, it takes creativity to devise an efficient business model, and it takes efficiency to implement great ideas. Getting the right mix of them, nonetheless, can be tricky.

The World of Flowers

Some photos taken in an orchid garden... 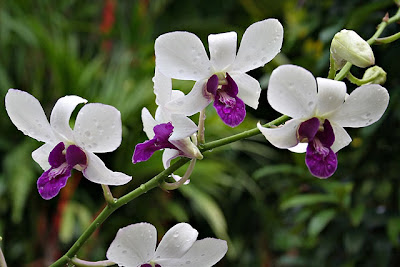 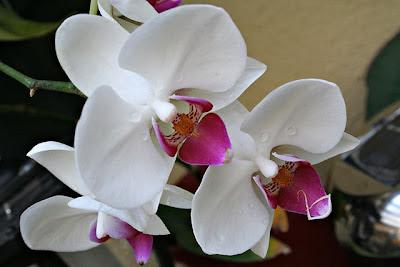 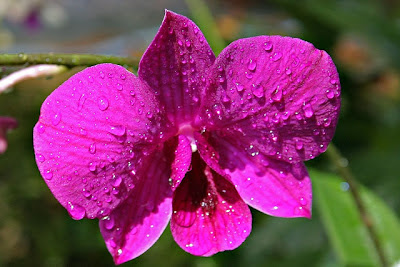 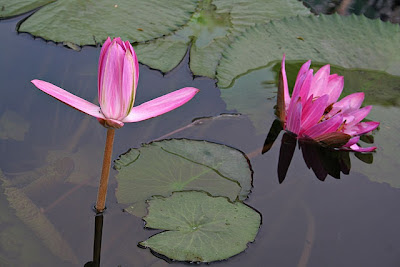 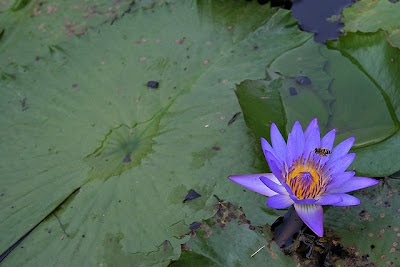 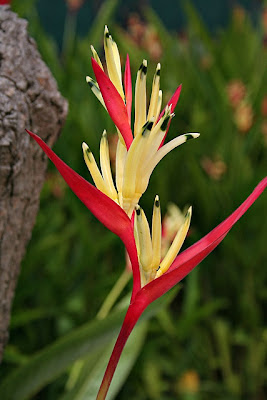 3M is known as an innovative company. However, between 2001 and 2005, CEO James McNerney pursued efficiency at the expense of creativity. 3M was ranked no. 1 on Boston Consulting Group’s Most Innovative Companies list in 2004. This year, it dropped to no. 7. Now, current CEO George Buckley is trying to restore the lost innovative climate in his company.

At 3M, a Struggle between Efficiency and Creativity

Here is an interesting, or perhaps depressing, quote from the article:

Can efficiency and creativity co-exist? What do you think?

Posted by khengsiong at 3:30 PM No comments: