Chinese are some of the most patriotic people in the world. They like to boast about their country’s 5000-year history. Chinese men like to tell us how beautiful their women are. Now, with the Middle Kingdom poised to become the next super power, Chinese have more reasons to be proud of their identity.

Just before the People’s Republic of China celebrated its 60th National Day with fireworks and military parade, a university conducted a survey to find out how Chinese felt about their nation. The results showed that a full 98% of the respondents were proud to be Chinese. 95% answered that even if given a free choice, they would still want to be Chinese.

They wanted to be overseas Chinese, that is. Deep down their heart, they yearned to go to the ‘Beautiful Country’ a.k.a. the . On Oct 19, 2009, a ship carrying about 70 Chinese who tried to enter illegally capsized in the . Many of the passengers drowned.

When I traveled to last July, I noticed that majority of the ground officers in Changi’s Budget Terminals were Chinese mainlanders. So were many of the food stall operators. In fact, there were so many Chinese in the that it has been dubbed ‘Chinapore’ by its very own citizens. Recently, a Chinese girl with PR (permanent resident) status was blasted by Singaporeans after she declared that ‘ is my real home’.

Funny as it may sound, Chinese still do all they can to emigrate, even though their much-loved country has the world’s most dynamic economy.

It is, of course, not wrong for the Chinese to migrate to a foreign country so long as they have proper documents. After all, skilled Chinese workers are in high demand in rich countries. Nonetheless, Chinese migrants should do their best to integrate into the host nations, rather than keep thinking of how great their motherland is. 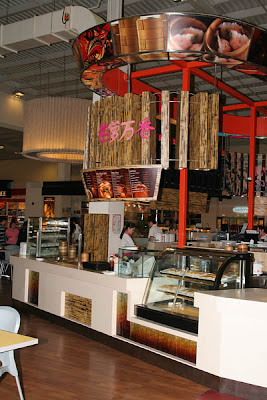 The is rendered Mei Guo (美国) in Chinese. The first character means ‘beautiful’, and the second means ‘country’. 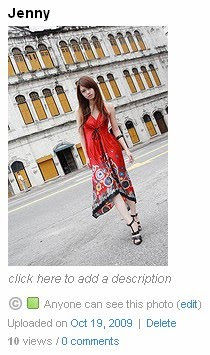 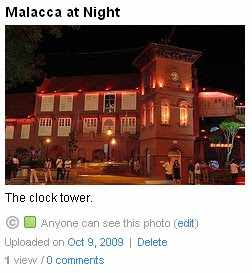 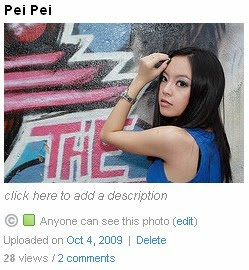 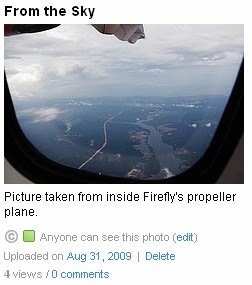 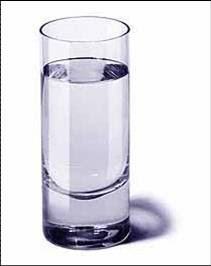 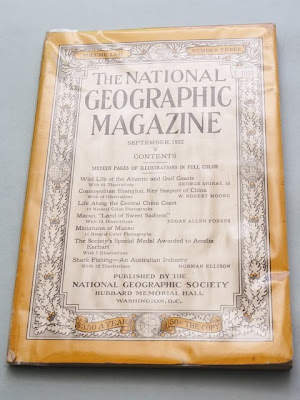 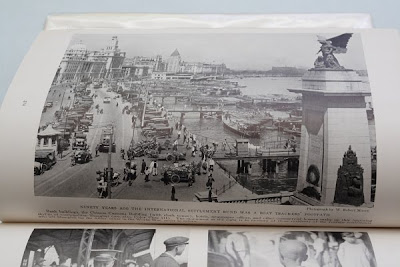 If you have been following my blog for a while, you probably still remember that I had an unexpected meeting with the CEO of Green Packet last May.

Green Packet is the parent company of Packet One (P1), ’s first WiMAX service provider. P1 has been operating in Peninsula , but it has got the green light from the government to roll out in service in . The government approved P1’s expansion after it met the requirement of 25% population coverage in Peninsula .

I am not particularly thrilled of the news. I am concerned that P1 would lose focus in Peninsula , and that my hometown would not be covered as soon as I would like. P1 should have been asked to cover 50% of the population in Peninsula before it is allowed to cross the .

Meanwhile, Redtone, the other WiMAX service provider, is eyeing an expansion in the opposite direction. Redtone currently operates in . As of last August, it had just 1,000 subscribers, and covered just Kota Kinabalu and Kuching. It had already applied for spectrum in Peninsula .

I am afraid the businesses are not interested in the smaller markets. The digital divide between the urban and rural folks is set to widen.

During Mid-Autumn Festival, Oct 3, 2009, I traveled to Melaka, the World Heritage Site. I returned to Petaling Jaya on the same day, and reached home at 11.50pm. The next day, I had to wake up at 6.00am, as I would join a model shooting event. It was a busy weekend…

The model shooting took place on the bustling streets of . A total of seven photographers took part, and we had three beautiful models… 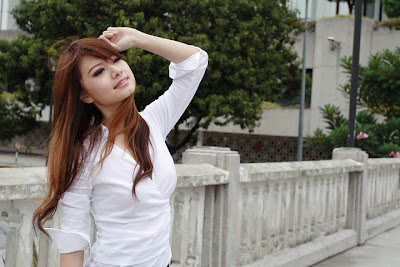 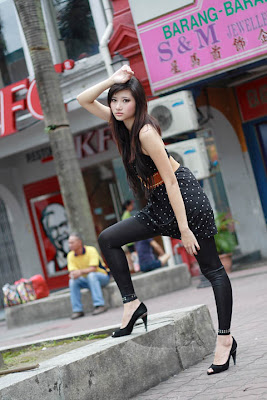 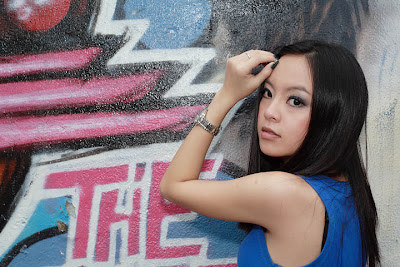 And here is the group shot taken at the end of the shooting. One of the photographers had already left… 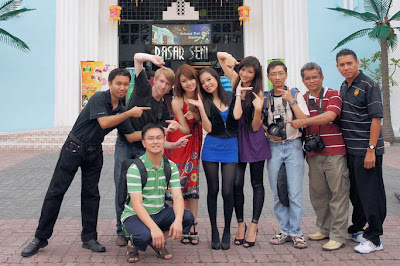 We know that Canon and Nikon are the Big 2 of DSLR market. Somehow, among the seven photographers who joined the street shooting, two were Sony users. Sony acquired the DSLR division of Konica Minolta several years back. Despite relatively new to the market, it is doing pretty well.

Canon and Nikon definitely need a push from their competitors. has partnered Panasonic and they target niche market. I hope Pentax can keep up with the race. 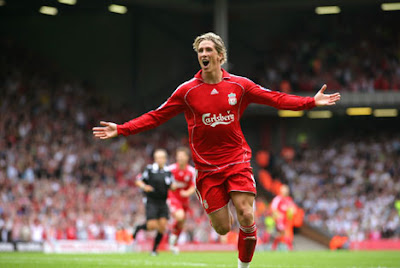 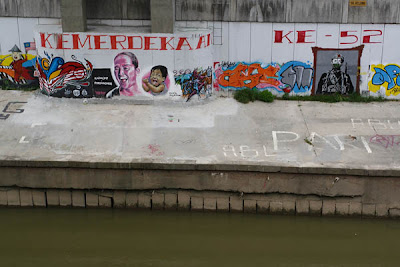 Well, I do – provided that it is nicely drawn… 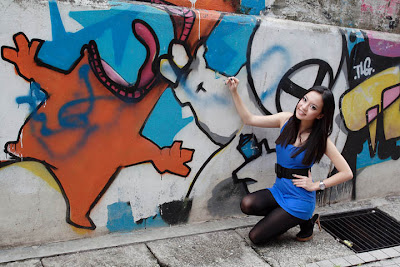 You may want to read SK’s post on the same topic, here.

I was in Melaka (Malacca) on Oct 3, 2009, when Chinese celebrated Mid-Autumn Festival, also known as Lantern Festival and Moon Cake Festival. I was hoping to capture the image of moon over the . Thing didn’t turn out well, as it was a cloudy night. Anyway, here are some photos for sharing… 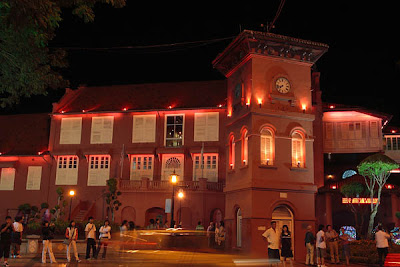 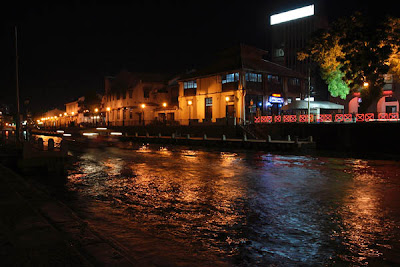 Another view of the river… 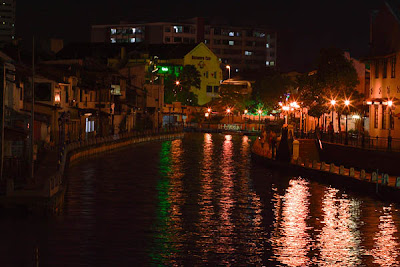 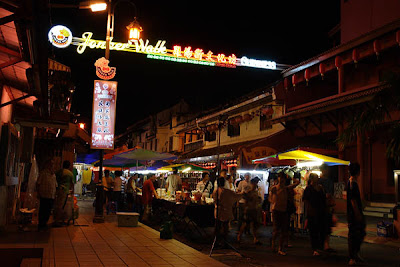 Off topic:
When I was on my way back from Melaka, the traffic was heavy. The Federal Highway was packed even at 11.30pm. Why can't the people sleep early???
Posted by khengsiong at 2:31 AM 22 comments:

DSLR (digital single lens reflex camera) used to be luxury items. With the price drop in the last few years, more and more people own them. Today, when I stroll along the street or shopping mall, I often see people with DSLR dangling around their necks or shoulders. In many cases, the lens caps have been removed.

How do you protect your camera lens from accidental damage?

Rule #1: Always replace the lens cap when you are not taking picture.

Rule #2: If you are not going to take picture in the next 10 minutes, keep the camera inside the bag.

One common way to protect the lens is to attach a UV filter over it. When I bought my Canon 50mm f1.8 lens for RM300, I invested another RM60 for a UV filter. However, after comparing the pictures taken with and without the filter, I regretted.

UV filter degrades image quality. This is particular true if you use a low-quality filter. High-quality filters, such as those made by B+W, fare better, but they are pricey. As such, I suggest that you only buy a protective filter for the expensive lens. Never attach a low-quality UV filter to a high-grade lens.

Another way to protect the lens is to use the lens hood. Unlike UV filter, lens hood does not degrade image quality. However, hoods for wide-angle lenses may be too shallow to be effective.

Rule #3: Hang your camera over your neck, NOT shoulder.

If, on the other hand, you use a compact camera, remember to power it off when not taking picture. 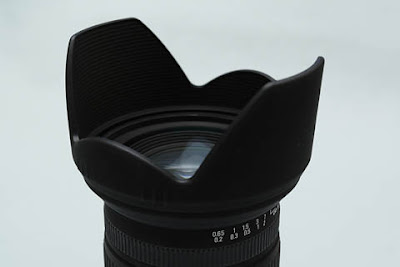 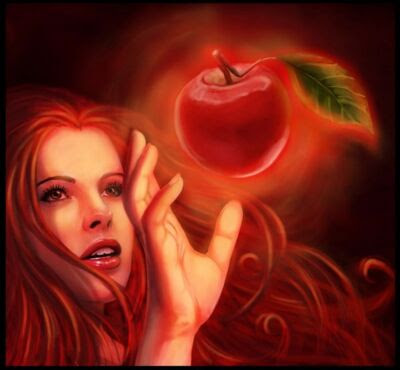 Forbidden fruit by Daniela Uhlig
This is my first post about sex. But no worry, this is not an 18SX material.

I do not know if there is a proof for these statements, but they certainly make sense. Young girls who have low self-esteem use their bodies to gain acceptance, or love, among guys. Or they like to boast about their sexual encounters among their peers. Guys, on the other hand, simply treat sexual activities as a physiological fulfillment or power over the weaker sex.

Assuming that the statements are true, what are the implications? Now, if we want to discourage teenage sex, we should give more attention to the girls. We can’t tell the boys to lower their esteem, but we certainly can help raise the self-esteem of the girls.