An Encounter with a Thai Model

As a shutterbug, I like to photograph sunset and beautiful models. Recently, a photographer organized a model shooting event by a beach. The theme was ‘Sunset Bikini’. Since the theme involved two of my favorite subjects, I happily signed up. According to the organizer, the model was Kat. I thought, “Kat must be short for Katherine.”

The photography session was scheduled to start at 5.00pm, but the organizer and the model failed to turn up on time. I was a bit impatient, as we didn’t have much time left before it got dark. At 5.30pm the organizer finally arrived with the model. But there was another lady who appeared to be the model’s mother. I was intrigued.

It turned out that Kat was actually Katoy, and she was a She had just flown in from . It is said that Thai girls are very attached to their families, so it was no surprised that Katoy asked her mother to come along. According to the organizer, Katoy was stuck at the immigration. Apparently the officers suspected that she was a sex worker! It wasn’t until she proved her return flight that the officers let her go.

Wasting no time, five shutterbugs – myself included – took pictures of this sexy model from the Land of Smile. Sadly, I didn’t quite manage to capture the sunset. Anyway, I got a few OK shots. Here are two: 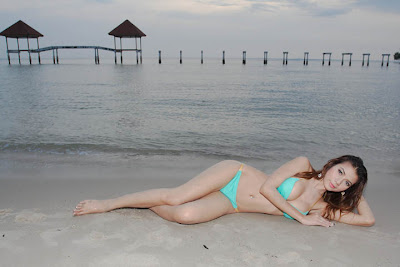 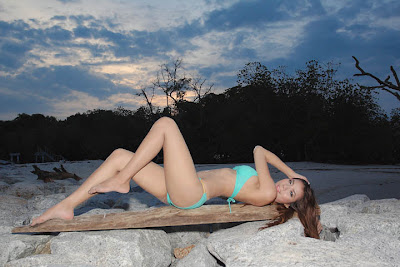