There is an American term called NIMBY – short for Not in My Backyard.

Take, for example, the proposed plan of California High Speed Rail (HSR). When completed, it would be the first bullet train service in the . In 2008, voters voted in favor of the project. Facing oil price hike, freeway gridlock and global warming, they understood the benefits brought by HSR. However, when the residents of Atherton, and learned that the train would shoot through their cities, they changed their mind. Now they are opposing the plan. Essentially what they are thinking is: I fully support high speed rail, so long as it is not built in my backyard!

Interestingly, has its NIMBYists too. Malaysian government has proposed to extend the two LRT (light rail transit) lines in . Given the traffic jam in this region, the extension should come as good news to the commuters. Somehow, residents of Subang Alam and , where the extended LRT lines would cut through, are unhappy. Prem Kaur, the president of Putra Heights Residents Associated, was reported as saying, “When we moved in seven years ago, we were fully aware that there was no public transportation here. We enjoy the low density and the quietness.” (The Star, Dec 15, 2009)

I understand their concern with regard to their properties. But badly needs better public transport. Can we compromise?

Of course, I don’t expect the voice of the residents is strong enough to halt the project. After all, this is , not . The most they would achieve is re-routing of the rail lines. 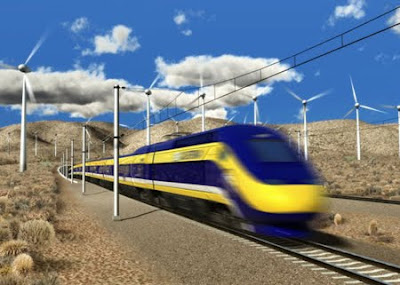 Posted by khengsiong at 3:21 AM