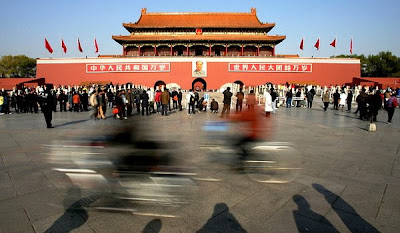 Chinese Malaysians like to spend their holidays in . This is partly due to the fact that the Middle Kingdom is the land of their ancestors, and partly because it is a cheaper country to travel as compared to Europe, America, and .

Also, bear in mind that is a vast country. If you plan to travel from one city to another within the nation, transportation fee can be substantial.

It looks like the days of cheap travel in is coming to an end. If you still plan to visit the country, the time is NOW!

Posted by khengsiong at 1:50 AM