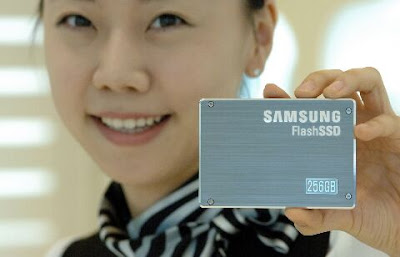 The first PC I used had no hard disk. I ran a word processing software from floppy disk. As software, including operating system, grew bigger, floppy disk no longer could handle them, and hard disk became a standard device on every PC. Now, you have an alternative to hard disk – , or SSD for short.

, or Flash SSD to be more specific, uses the same technology as your thumb drive and memory card. It has several advantages over the conventional hard disk, such as:

SSD does have its shares of weaknesses:

Based on the information I read, SSD currently sold in the market max out at 256GB. Some Malaysian photographers are already using a couple of 500GB hard disks for storing their digital images.

So, should you go for SSD? If you currently own the shares of Western Digital, should you sell them immediately?

I am no expert, but here is my take:

Thanks to digital photography and digital videography, hard disk makers such as Western Digital should still be doing fine in the near future. Technology evolves fast, though. Three years from now the picture could be very different.


P/S I reserve the rights to be wrong

Posted by khengsiong at 1:14 AM