As a shutterbug, I had always wanted to open a camera store, selling cameras and accessories. However, I notice that a couple of camera stores near my place have been closed down. I now wonder: Is the brick-and-mortar camera store a viable business? 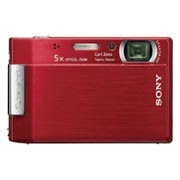 In the film era, brick-and-mortar camera stores had 3 major sources of revenue, namely:

Now, in the digital era, sale of film is in free fall. So is film development. Digital camera is a hot-selling item, but camera stores are now threatened by mega stores and online retailers. Consumers can usually purchase digital cameras at lower price from the challengers.

Digital cameras are also facing stiff competition from camera phones. Camera phones with 3 or more megapixels are already available, so why buy a separate digital camera? Serious photographers will tell us that pixel count is no guarantee for good image quality. Sensor size, lens, flash etc. are important too. Unfortunately, pixel count is about the only thing a casual consumer knows.

How about photo printing? Common sense tells us that if digital camera users turn their images into prints, it should be able to offset the decline in ‘film printing’. Unfortunately, the picture is not so rosy. 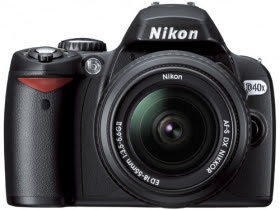 Younger generation who are used to viewing photos on computers or cell phones often do not bother to print their images. According to InfoTrends Research Group, the number of digital images printed as a percentage of those captured fluctuated between 26 percent and 31 percent from 2003 to 2005.

Photo Marketing Association (PMA) tracks the number of digital prints versus film prints. Its statistics shows that digital prints are on the rise since year 2000, yet total volume – digital plus film – has gone downhill.

As we are aware, not all digital prints are made in the retail stores. Professionals and serious photographers like to do home printing because they want to have full control of the outputs. Casual consumers, on the other hand, print at home for convenience purpose. They usually don’t bother about color management, and often print on non-photo paper.

Making the thing worse is: we can now order printing online. We upload our images to the website of service provider, and they mail the photos to our doorsteps. Such convenience is unmatched by services offered in brick-and-mortar stores. 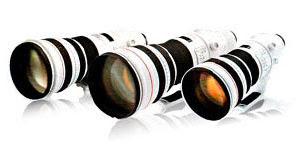 Ed Lee of InfoTrends pointed out that retailers must “think beyond the 4 by 6”. Larger size prints bring in more revenue, as do creative products such as custom-made calendars and photo books.

Back to the question: Is the brick-and-mortar camera store business still viable? I don’t know. But I gather that it will take longer to realize the dream of being my own boss.