The Paradox of Christmas

Christmas is the world’s most commercialized festival. Each year, around December, upscale hotels and shopping complexes compete on Christmas decorations, which feature anything from huge Christmas trees to colorful lightings to fake snowmen. In addition to this, many shopping complexes hire Santa Clauses and Santa Girls to distribute gifts to kids.

But here is the problem: religious Christians are unhappy. They are upset that Christmas has been commercialized; they detest Santa the gift-giver for taking the focus away from Prince of Peace; they demand that Christmas not to be written as ‘Xmas’.

Ironically, some Christians hate Santa but want to preserve the tradition of gift giving. They just don’t understand that this tradition was started by historical Santa, or Saint Nicholas. It is, therefore, unfair and irresponsible to exclude him from the picture.

How do you want Christmas to be? A secular festival celebrated by everyone, or a religious one exclusively for Christians??? 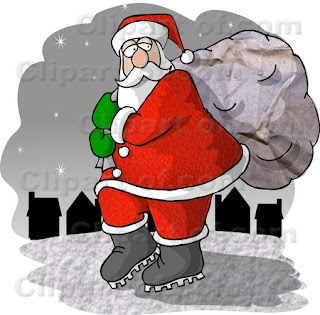 Reference on Wikipedia - Santa Claus
Posted by khengsiong at 3:07 PM