Budget carriers AirAsia and Tiger Airways have been given green light to ply the lucrative – route, plus a few other routes between Malaysia and the island republic. (Read the news here and here.)

What will be the impact to the incumbents, Malaysian Airlines (MAS) and Singapore Airlines (SIA)? I am no expert in aviation, but I think they still have certain advantages.

Business travelers may still prefer the incumbents. They often travel in short notice, and therefore unable to get the lowest possible fare from a budget airline by booking well in advance. If they do book weeks before the scheduled departure, they would be penalized for any changes in plan. Furthermore, many companies already save on airfare by getting discounts from their travel agencies. Finally, large corporations may be concerned that their image would be affected should their staff travel with low-cost airlines.

A study carried out by American Express in 2004 revealed that "business travelers who use no-frills carriers and don't book in advance may be paying comparable fares to traditional airline."

The same study, however, showed that economy class short-haul fares had fallen by 4.54% in the U.S. and as much as 17% in Europe. As such, I expect MAS and SIA to respond to the new challenges by cutting cost aggressively.

Leisure travelers who can book the flights weeks or even months prior to departure will find the offerings of budget carriers appealing. However, one must remember the 80/20 Rule – 80% of the sales come from 20% of customers. Here, the passengers who spend the most are the business travelers.

If I were the boss of KL , I would invite car rental companies to operate in the Low Cost Carrier Terminal (LCCT). That way, visitors from can leave their cars at home and pick up one upon arrival. That was exactly what I did when I worked in the a few years ago. 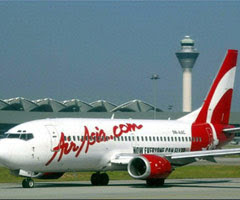 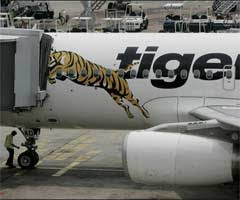 Posted by khengsiong at 3:39 PM