Mark J. Penn is an American polling analyst, and has been an adviser for companies from Microsoft to BP and heads of state from Bill Clinton to Tony Blair. He wrote a book Microtrends, which I am reading now.

According to Penn, American women were “on the verge of taking over word-based professions, like journalism, law, marketing, and communications." Here are the excerpts from the book:

Take journalism. According to the Bureau of Labor Statistics, as of 2005, 57 percent of news analysts, reporters, and correspondents were women. Even 57 percent of TV news anchors – that authoritative role once reserved for the likes of Walter Cronkite – are women…

In public relations – the art of helping people express themselves in just the right way – women make up something like 70 percent of the field, up from 30 percent in the 1970s…

Or look at law, the great province of written and spoken argument. Since 1970, the number of women lawyers in has grown 2,900 percent…

Compare all these majority and supermajority numbers to women in the sciences and in business. Women are just 14 percent of architects and engineers. They are about 15 percent of professors in the major technical universities like Caltech and Georgia Tech. They hold only 16 percent of the top officer jobs in Fortune 500 companies. They are a mere 3 percent of technology companies’ highest-paid executives. 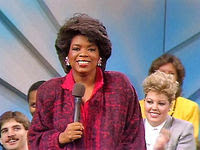 Now back to blogosphere. Do you notice that majority of the bloggers are females?

But why are most bloggers female? One possible explanation is that women like to talk, and blogging is an extension of talking. *cover my head with both hands and quickly slip away*

(No offense to women

Posted by khengsiong at 4:35 AM

Email ThisBlogThis!Share to TwitterShare to FacebookShare to Pinterest
Labels: women