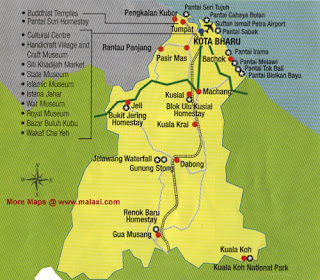 Kelantan is the greenest of all states. I am referring, not to environmental green, but to Islamic green.

I first visited Kelantan several years ago. Then, I was on a “round-the-peninsula” trip with my friends. We reached Kota Bharu (KB), the state capital of Kelantan, in the evening, and left the following morning. I only had a glimpse of the “Islamic capital of ”. This year, during Chinese New Year festival, I traveled to Kelantan again, this time with my parents.

Kelantan bills itself as “the Cradle of Malay Culture”. The truth is: the conservative state government bans or discourages pre-Islam Malay culture.

Before going to Kelantan, I wondered if I would be able to find Chinese food there. My worry turned out to be unfounded. There were quite many ethnic Chinese living in KB, and restaurants and hawker centers serving Chinese food could be found in the city center. 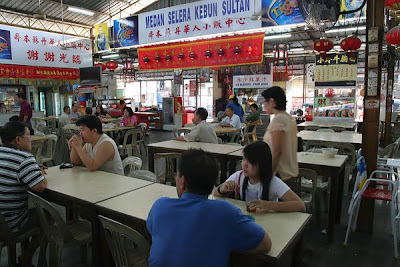 Since Islam’s influence was strong in Kelantan, I expected all Malay women to wear tudung, or headscarves. Nonetheless, during my trip, I saw quite a few young Malay girls who defied the norm.

Posted by khengsiong at 1:55 AM