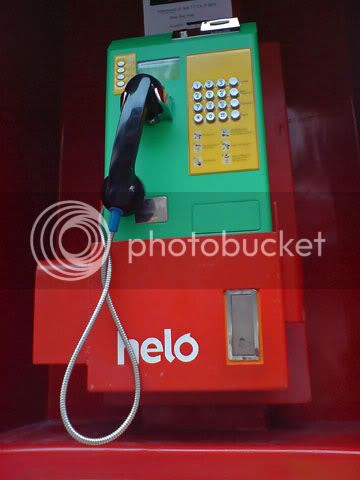 I thought public phone was something of the past. I was wrong…

has a mobile phone penetration rate of 94%. The figure is over 100% in some countries, such as , and . Teachers and parents are debating whether students are allowed to bring mobile phones to school. But in the not so distant past, few people used mobile phones. I certainly didn’t own one. When I wanted to make call, I had to look for a public phone.

Chances are, the nearest public phone was out of order, so I had to go to the next one. But the next one was also not working, and I had to search harder. Finally, I found a good one, but there were already 5 or 6 people lining up. The inconsiderate young guy was chatting with his lover over the phone. He talked for more than 10 minutes. Everyone behind him was impatient and agitated. I started to curse him, “This bloody hell f*****… I wanna kill him!”

When mobile phone eventually became a household product, public phone booths went into oblivion. Why bother to use a public phone, when we can call from home, Starbucks, even inside a cinema?

To my surprise, I saw some new public phone booths popping up recently. Who are using them, when even low-waged migrant workers from and can afford a mobile phone?

Posted by khengsiong at 1:06 AM