Kota Kinabalu, located in East Malaysia, is the state capital of . Originally known as Api-api, it was renamed Jesselton during the British era. After Sabah gained independence and joined , the city was renamed Kota Kinabalu, or KK for short.

I am not particularly happy with the renaming, as my hometown is another KK – Kuala Kangsar. Kota Kinabalu essentially hijacked the name ‘KK’ from my hometown! Furthermore, Kinabalu itself derives from , the tallest mountain in and literally means ‘Chinese widow’ – not exactly a great name. Some foreigners have even mistaken the city to be on top of the mountain!

Anyway, Kota Kinabalu is by the sea, not some 3000m above sea level. It has a beautiful waterfront. Here are some photos taken on September 15, 2008 – the eve of Malaysia Day.

It is worth noting that Chinese Sabahans continue to refer to this city as Api 亚庇.

Tourists at the waterfront. There are lots of Westerners and Koreans... 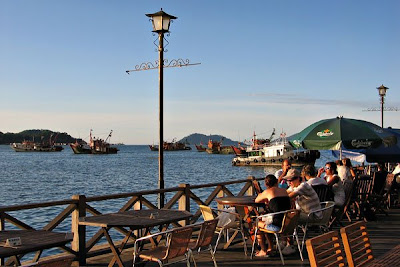 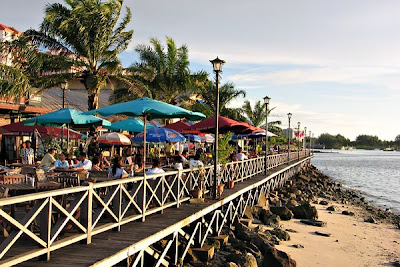 The flags of Sabah, Malaysia, and... not sure about the last one 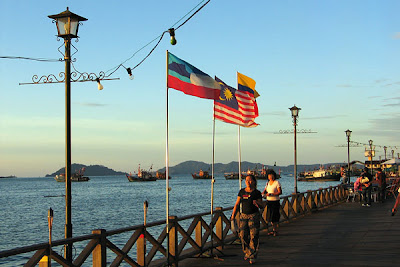 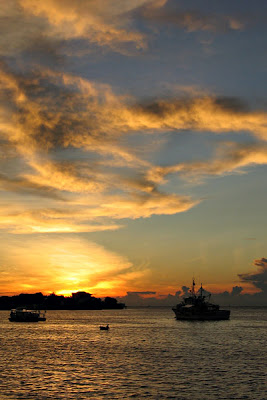 Posted by khengsiong at 1:00 AM